What is the Flood Forum?

The Flood Forum had its origin in a Surface Water Management report commissioned by Guildford Borough Council around 2012 which revealed Burpham as a flooding hotspot - proved very omniscient by the floods of 2013/2014. The BCA formed a sub committee, the Flood Action Group, which initially became part of the Worplesdon Flood Forum. However, it soon became clear that we had enough issues to form our own Flood Forum. This brings together all the relevant agencies - SCC, GBC, Thames Water, the Environment Agency and the National Trust and meets annually. Our MP, Anne Milton chairs the Forum meetings. Members of the Flood Action Group have prepared an Action Plan which gives details of all the main concerns, who is responsible, what action is needed and when it is completed. They meet several times a year to update the Action Plan. The Flood Risk Map above gives an overview of the issues. 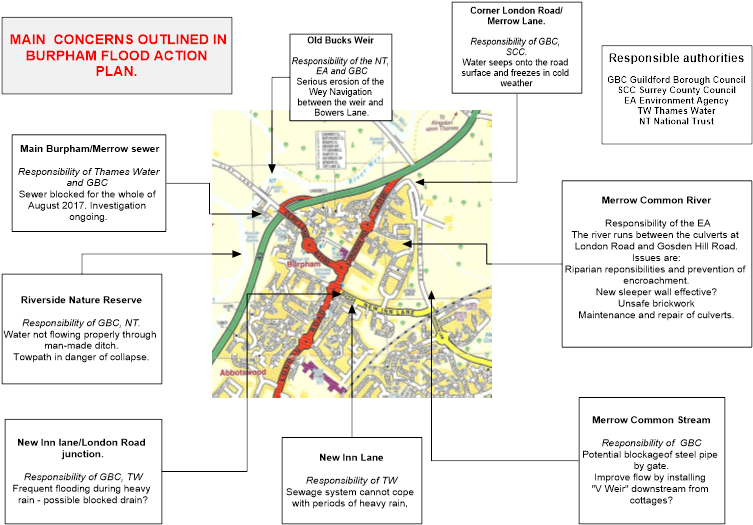