Burpham (pronounced 'Burf-um') is a suburb of Guildford, a town in Surrey, England. It includes George Abbot School, a parade of small shops, and the nationally recognised Sutherland Memorial Park. It also benefits from a Sainsbury's superstore, Church of England churchs (Church of the Holy Spirit & St Luke’s) and, until 2006, a former coaching inn, The Green Man.

Burpham is bordered by the neighbouring villages of Merrow (to the south-east) and Jacobs Well (to the north-west). Burpham is separated from Merrow by the New Guildford Line, the railway line between Guildford and Effingham Junction.

Between Burpham and Jacobs Well is Burpham Court Farm Park, that straddles the River Wey. 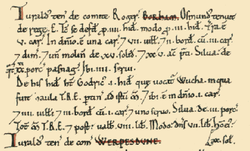 From the Doomsday book

Thorold holds of Earl Roger BURPHAM. Osmund held it of King Edward. It was then assessed at 4 hides; now at 3 hides. There is land for 5 ploughs. In demesne is 1 plough; and 7 villans and 2 bordars with 3 ½ ploughs, and a mill rendering 15s , and [partly in margin] 25 acres of meadow. [There is] woodland for 80 pigs as pannage. There are 4 slaves. Of these hides, Godric has 1 hide which is called Wyke, in which was the hall belonging to this manor TRE; and there is in demesne 1 plough; and 4 villans and 3 bordars with 1 plough and 1 slave. [There is] woodland for 3 pigs. The whole manor, TRE and afterwards, was worth 8l ; now the lord [has] 7l ; his men 20s. 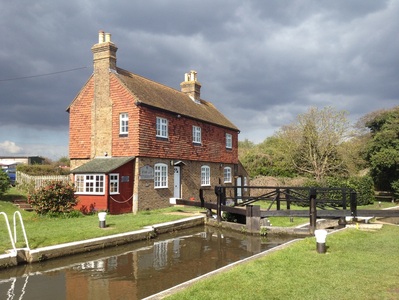 From the houses in Abbotswood, the River Wey can be seen next to the Navigation — both are important historical features of the area. The term ‘navigation’ refers to a combination of locks and cuttings to make a river more navigable, rather than a canal which is the creation of a new waterway between two places. The Navigation was built by Sir Richard Weston who lived in Sutton Place, possibly the greatest Tudor house in Surrey, situated but a mile from Abbotswood. It was built on the site of an earlier house in the 1520’s by his great-grandfather, also called Sir Richard Weston, and a favourite courtier of Henry VIII. The king was a frequent visitor and some claim that it was there that he first met Anne Boleyn. Importantly, Sutton Place was, and indeed is, one of the finest early brick houses in England.

The equally famous ‘running river’ was built a few years before the Navigation. Because the River Wey was slow and meandering through marshland north of Stoke, this resulted in an abundance of nourishing alluvial mud. Conversely, down river, Sir Richard’s land at Sutton Place was of fairly poor soil, comprising mainly of Bagshot sand. He decided to cut the ‘running river’ through to his land and thus irrigate his estate bringing both added water plus increased sustenance. In 1618 he obtained a 1,000-year lease of lands at Stoke from Sir George Stoughton for the purpose.

To create the running river, between 1618 and 1620 Weston constructed a channel eight feet wide and 41/2 feet deep, and three miles long between Stoke Mills and Sutton Place. This was a great success, In the winter months, water was allowed to overflow and flood water meadows on the Sutton Estate, which meant that he could now grow annually an additional 200 loads of hay in meadows watered by the ‘new’ river, The course of this great ditch has not been lost but it crossed the valley where Slyfield Estate stands today. “The route of this channel was along the contour line showing on 1800’s maps and remains visible in the fields of Burpham Court Farm and along the other side of Clay lane into the lands of the present day Sutton Place”.  This was the first step towards the ‘Navigation In the 17th century, the roads were poor, and badly affected by adverse weather. The local clay and sand made travel very difficult, if not impossible. At the time, London was expanding rapidly and Richard Weston, who had inherited Sutton Place in 1613, recognised that matters must improve if Guildford and the surrounding area were to get goods up to the City to meet the growing demand.

The second great project was underway by 1635 when Sir Richard created a lock on the river at Stoke with the intention of making the river navigable all the way to the Thames, After a delay caused by the Civil War he persuaded his influential contacts to pass an Act of Parliament on 26 June 1651 ... for Making Navigable the River of Wye Parliament agreed to this partly because of a need to get gunpowder from the Chilworth Mills to the Thames arsenals — it would prove to be quicker, cheaper, and safer than by road, The only similar structure to precede it was the Exeter canal, built in 1552, However, the Surrey canal was the larger with 12 locks over io miles, costing over £15,000, and achieved at great speed. It took only 21/2 years to complete and was a major influence on the building of the great industrial canals,

Sir Richard died before the completion of the canal in 1653. Despite the enormous debt created by the cost of the venture, which his son George had the dubious privilege of clearing, his legacy immediately helped the locality join in the new found prosperity of the suppliers to the London markets, Its usefulness as a trade link was only overtaken by the coming of the railways in the mid-I9th century but, until the 1930s, goods were still a feature on the Navigation. The ‘Wey Navigation’ is still used today by many pleasure craft. 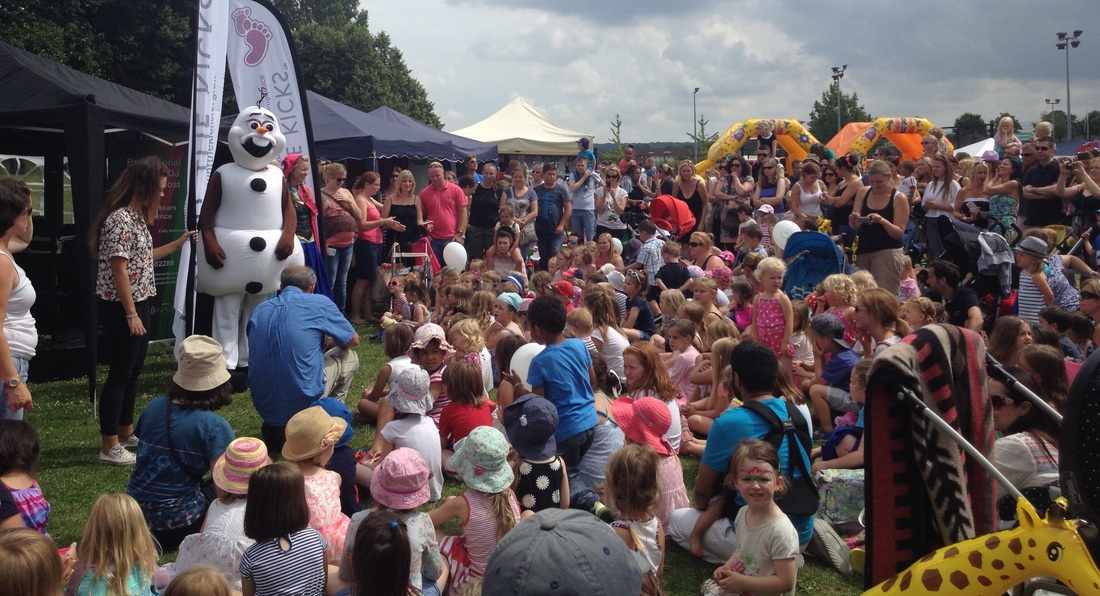 In the centre of the village is the Sutherland Memorial Park a 6.53 hectare open space which is a focus of community life in Burpham. The formal landscaped gardens provide for passive recreation alongside the many sporting facilities offered, and an area has been set aside and planted as a wildflower area.

The Park was adopted by Guildford Corporation in 1954 after the land was donated by the Duke of Sutherland under a Deed of Gift. It was given as a dedicated War Memorial in memory of the residents of Burpham who were killed on active service during the Second World War. Adjoining land was developed and incorporated in the 1990s, including a car park. The village war memorial is situated in St Lukes Churchyard opposite the park entrance in Burpham Lane

The Park currently holds a Green Flag Award, in recognition of it being "an excellent  example of a community park as it addresses the needs and wishes of the  local community and current users".

The multi-use pavilion is home to a local nursery school, and  provides changing and other facilities for the sports undertaken in the park. There are playgrounds for all ages, including a separate toddler area and a basketball court for the teenagers.

The Park is the home ground of Burpham football club, who play in the Premier Division of the Surrey Elite Intermediate League.